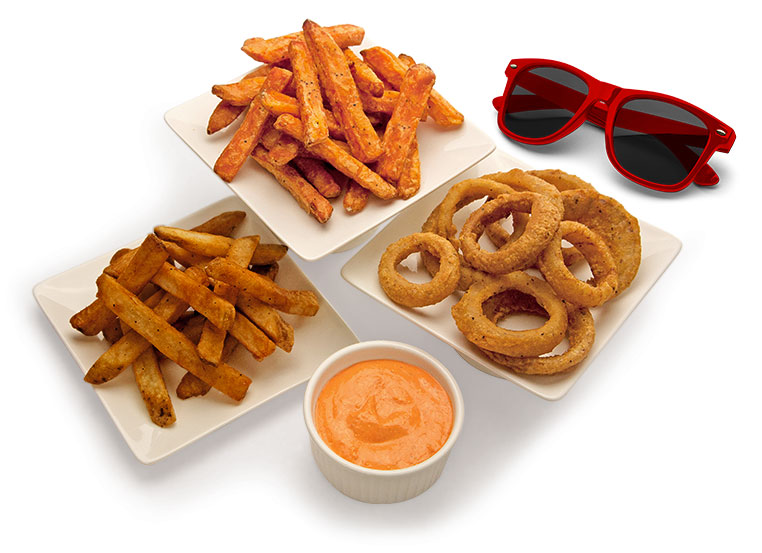 Robert Ilvento was a typical college student at Rutgers University in 1985 until fate intervened. “My brother came back from Syracuse and gave me something called a Buffalo wing,” Ilvento recalls. Rob decided his campus in New Brunswick, New Jersey needed more than just pizza and burgers! He left school sophomore year and set out to create “The Best Buffalo Winger™ in the World®.” Cluck University Chicken was hatched in August of 1985. Over the next 14 years Rob grew Cluck-U-Chicken to dozens of locations, primarily in and around college campuses. Rob developed his own unique recipes and sauces, Atomic, Nuclear, Thermo-Nuclear and 911, that still have a devoted customer following. After much success Rob decided to move on and sold the chain in 1999.

Then Rob saw an opportunity in the French fry market as he was not seeing any French fry that he would like to eat! Rob set out to develop a recipe for a crispy, Belgian-style fry. “Creating a fry, that legend has it, was brought to the states by WWII veterans.” Simply the World’s Best Fry™ was born and the Jersey Shore Fry Company was founded! The first couple million pounds were made with Jersey white potatoes, then in 2004 Cavendish Farms partnered with Jersey Shore Fry Company to make this great product even better! Russet potatoes were sourced and since that time millions of pounds of Jersey Shore Fries are sold to some of the best food outlets east of the Mississippi! A few years ago the company further expanded its product line and now sells Jersey Shore Sweet Potato Fries, Jersey Shore Red Onion Rings and Jersey Shore Pizza Shells.

In addition to his success in food service, Rob Ilvento discovered he had a passion for collecting pinball machines that would lead to another successful endeavor. Rob’s daughter, Morgan, who is on the Autism Spectrum, developed a real affinity for pinball machines. She loved playing them! Rob’s collection grew from one machine to hundreds! In 2009 Ilvento co-founded the Silverball Museum in Asbury Park, New Jersey. In 2015 a second location opened in Delray Beach, Florida. Ilvento states proudly, “Asbury Park is the City by the Sea and Delray Beach is the Village by the Sea.” The Asbury Park location just won the USA Today’s #1 Attraction in NJ!

And so, Rob continues, wondering what will be next? Stay tuned, Hollywood!